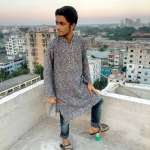 I was a myth hunter at first. But now I don't hunt for myths because I can't play Single Player of San Andreas. But, as far as my experience, I can help you guys to bust myths. I used to play SA-MP Multiplayer version and my name in it was Awesome Boy. So contact me if you need help!

Hey, guys. It's me, AwesomeBoy on Myths Wiki. Yeah, you might find me in a lot of other places too, but forget about that. I have been playing GTA San Andreas since I was 9, and Vice City since I was 10, and playing GTA III in 10 too. My favourite GTA is GTA San Andreas. A lot of people call me "You are really Awesome!". Well, more than 50 people like me outside of Wiki, but I also used to have friends here. I used The CrazyTrainer151+ to hunt for Myths. Actually, speaking about it, I Was the first guy who brought the trainer on this wiki. Some people like it but it didn't last long enough to be a norm.

On a side note, I was the oldest admin ever to exist here.

Friends On This Wiki

Myth hunter : He was my first friend and my best friend on Wikia, never made it that far (specially on this wiki). I miss him a lot.

Matthew103 : He was the first guy I helped on this wiki, currently his whereabouts are unknown but he is said to be fulfilling his 'busy' life.

MattMythMaestro : The guy who acted as both my eyes and ears on San Andreas (first being Myth hunter). He was a good user in my vision until he started vandalism like never before in terms of an average user. Unfortunately due to some issues, he took the path of more vandalism and later got banished from the wiki.  A big loss to the community indeed.

TheIndependent40 : He can't get a grip on himself as he's a shitposter but he was a good admin.

LS11sVaultboy : Frankly speaking, he was the guy who rather blocked me but we got along eventually. We also uncovered backstage corruption later on together which cleansed the wiki majorly.

Sasquatch101 : The creator of this wiki, too forgiving for some people as I have seen him keep inactive people who long should've been demoted for more than 5 months.

Boomer8 : He was the guy who saved me from getting demoted once. That is why am I still here. Otherwise I would've just been an average normal user for you guys, that's for sure.

The Darkness of Ganton

Skydoor (proved that there are more than 2 doors)

Retrieved from "https://gta-myths.fandom.com/wiki/User:AwesomeBoy?oldid=139072"
Community content is available under CC-BY-SA unless otherwise noted.