Signs are a form of Easter egg in the Grand Theft Auto series. They take the form of messages that were deliberately placed by game developers for the players to find, and they are usually ironic or humorous. They have always been hidden in secret and hard-to-reach places. There is always at least one sign in each game that sometimes leads to other Easter eggs. 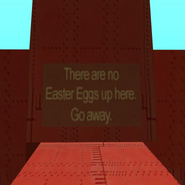 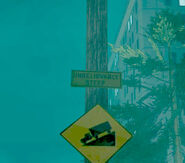 "UNBELIEVABLY STEEP" in San Fierro.
Add a photo to this gallery