The Rockstar Logo has been featured in every game in the Grand Theft Auto series since the 3D universe debut, Grand Theft Auto III. Rockstar Games has left their logos within the games as Easter eggs. The logos can usually be found on billboards, signs, and even on articles of clothing.

Appearance on clothing and pedestrians

Rockstar hoodies in the wardrobe.

The drug dealer with the hoodie. 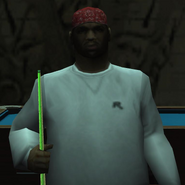 Pool player with the sweatshirt.

Parachute with the Rockstar logo on it.

The "NOT WELCOME" doormat.

A liquor bottle featuring the logo. 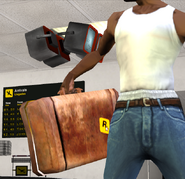 CJ's Briefcase with the Rockstar logo on it.

Action figures with the Rockstar Logo. 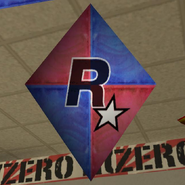 The kite inside Zero RC. 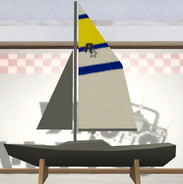 The sail boat inside Zero RC. 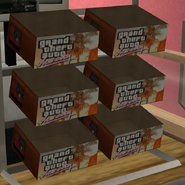 The Vice City boxes with the logo on the side. 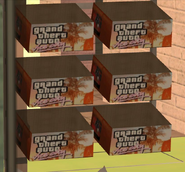 Ditto, in the gas station in Dilimore.

Elegy paint job with the logo.