Ratman is a possible myth in Grand Theft Auto IV.

Ratman is one of two things, a literal rat man, who is described as being a tall, half-man half-rat creature who will attack the player or a hobo that can run very quickly and likes to stay out of sight. Both types report the same actions. Running away into a tunnel or nearest station, sometimes shouting "I am Ratman!" to the player.

The myth all started when a photo was put on the internet what looked like a humanoid rat with the torso of an adult human male . Some people believe the photo is fake and that it is photo-shopped, or that it is too blurry to tell what it is. There is a lot of evidence that proves Ratman is real. If the player goes to the Easton subway service station entrance in Easton, Algonquin, and heads downstairs, there will be a strange orange liquid on the floor which is suspected to be blood. In fact, several of these little orange pools of liquid can be found in various places inside the underground subway system. There is also more of this "Ratman Blood" on the Abandoned Hospital's roof. Some say it is old, dried-up blood from hospital victims that died in that specific area. Others believe that "Ratman Blood" is motor oil stains because there are motor oil cans on the roof of the hospital. In the DLCs, if the player watches TV, a Weazel News segment will say the mayor is going to flood the subways due to a rat infestation. Also, if the player uses a computer and goes on Craplist to the jobs section, there will be an ad for "Human Lab Rats."

It is said that Ratman appears when players least expect it and is faster than an NRG 900. He can also disappear whenever he wants, according to some reports. Also, somewhere in Liberty City there is some graffiti on the wall with what appears to be a human male with a rat's head.

Because of the popularity of this myth, there have been many attempts to find a Ratman ped in the game's internal files. Searches have been futile, but it is possible that there is something still hidden within the game's code. Ratman continues to be one of the most popular and elusive myths in GTA IV to this day. Another thing that may be in connection with it is the fact that there was once a train conductor file in GTA IV. When looking through the files of the game, it can be found. Also, walkie talkie sounds of the conductor saying "I just saw a rat the size of a pit bull down in the subway" can be found. Another explanation might be, that when at the Split Sides Comedy Club, one of the comedians mentions a hobo that sprinted past them at immense speeds, which could be a reference to Ratman's speed and his appearance. 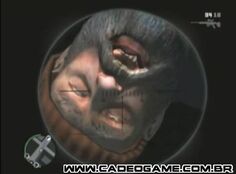 A man that looks similar to Ratman. 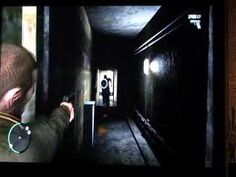