Ghosts
Mothman (only via mods)

The Hill Valley Church is a mythical location in Grand Theft Auto V.

The Hill Valley Church is located on Route 68, near the intersection with Mount Vinewood Drive. The church itself is raised up in the surrounding highlands with various unpaved footpaths leading up to the main complex. The perimeter is surrounded by fences, which occasionally transition into small stone walls. The main building uses the generic model for churches, also seen in Paleto Bay and Pacific Bluffs, and even still has the "St. Brigid Baptist Church" sign hanging above its entrance, although the church's actual name is Hill Valley Church, evidenced by the sign outside. The area itself is grimy, with the white church walls being stained from passing dust clouds and occasional boards being absent with drywall visible behind. East of the church is a small graveyard, home to just thirteen graves and a couple of benches. All these graves also use generic models seen in other areas, except for the small white wooden crosses. The graves have humorous details such as "Rest in Pieces" or having the deceased's date of death as 1986, referencing the events of Grand Theft Auto: Vice City. Very few pedestrians can be seen at the church at any time, primarily groups of pedestrians congregating outside the entrance, one or two peds sitting on the bench mourning, or a groundskeeper working on gardening.

The Hill Valley Church has been an area of investigation for myth hunters, but there aren't many myth sightings reported there. The most popular theory describes that unknown ghosts appear in the church's cemetery at night, either as apparitions or as audio hints. Other myths are often reported in the area as well, but these are typically because of the use of modifications. The Mothman is the primary myth reported in the area, but these sightings only came about after a mod was published.[1]

The church is also one of many Back to the Future Easter eggs in the game, as the church's name references the setting of the first movie: Hill Valley. Just like in the film, the church's name is also comedic as it is an oxymoron. 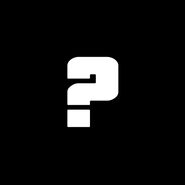 Detail of the church.

The graveyard.
Add a photo to this gallery

Myths and Legends in Grand Theft Auto V
Retrieved from "https://gta-myths.fandom.com/wiki/Hill_Valley_Church?oldid=135697"
Community content is available under CC-BY-SA unless otherwise noted.