Lecter was introduced in the 1981 thriller novel Red Dragon as a forensic psychiatrist and cannibalistic serial killer. Its sequel, The Silence of the Lambs, feature Lecter as one of the primary antagonists after the two serial killers in both novels. In the third novel, Hannibal, Lecter becomes a protagonist. His role as the antihero occurs in the fourth novel, Hannibal Rising, which explores his childhood and development into a serial killer.

The character Donald Love is possibly inspired by Lecter. Like Lecter, Love is also a cannibal, and in the mission Cam-Pain, where he eats human ribs and says that human flesh is like chicken, but more sentient. In GTA III and GTA LCS, he is said to throw morgue parties and asks Toni to bring him the bodies of Avery Carrington and Ned Burner to eat. Donald Love's appearance in GTA LCS bears some resemblance to Lecter. 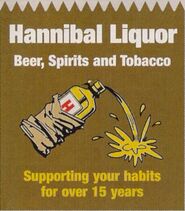 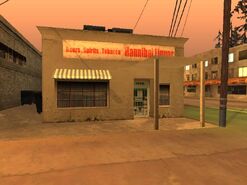