Situated in Ocean Beach and Washington Beach, the alleys are a hotspot for myth activity. Unlike other alleys in the GTA series, they share a strange trait. They are abandoned and dark, which may lead players to ponder over the existence of something supernatural.

The northern haunted basketball court is located in this alley. A strange observation is noted, that a torn apart fence is located right in the middle of this alley, that leads to a dead-end and minor shortcuts. The cause behind this addition isn't revealed and is probably featured by Rockstar, to add a vague touch to the location. A myth reads that Regan MacNeil is sighted here levitating due to possession.

Featuring the southern court that is supposedly haunted, this alley also includes places like a secluded alley in front of the court and a burned garage subject to an unknown mystery. Many players have sighted ghost lights in the alley but they were later proven to be navigational lights.

Location of both alleys marked.

A busted fence in the Northern Court Alley.

The alley is known for the mission Guardian Angels when Lance Vance and Tommy Vercetti tried to protect a deal held by Diaz. The alley is not known for any particular type of myth but players still search the area in order to find nascent myths. 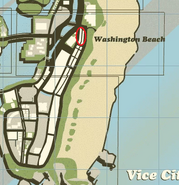 Dracula Alley is the second biggest alley in GTA Vice City. It's mostly investigated due to the vampires that are rumored to exist in the alley. The alley first came into the myth hunting world when a user created an interpretation of Dracula. It is speculated that the Dracula Alley either contains the original Dracula or the imposter, Konstantinos Smith, dressed as a gothic vampire. 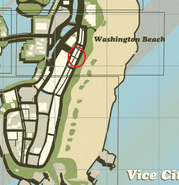 A Dracula interpretation that gave rise to the myth.

As evident from the name, the alley contains a considerable amount of manholes, giving rise to myths like Carmen Winstead. It has been reported that the alley is filled with green fog upon the coming of Carmen, however, this is most likely false. The infamous Alley House is located in the alley which is assumed to contain a passage to House No. 252. 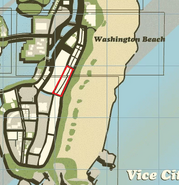 The Long Alley (as seen on the map) is by far the longest alley in Grand Theft Auto: Vice City. It features a handful of myths. Several miniature doors are believed to be an entrance to the Dwarves hideout. The infamous strange face, reported to be that of the Chainsaw Killer is supposedly in this particular alley. This alley could be reported for weird chainsaw sounds, however, it is less likely. 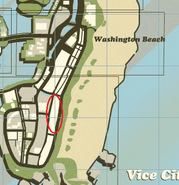 Wide view of the alley, the Strange Face can be seen on the walls.

The Chainsaw Killer Alley contains two major myths, Piggsy and the Chainsaw Killer, and many sub-myths like Killer's Dagger and the Brown Sabre. It is a hot spot for strange activities and the majority of the players have reported this place to be the den of Piggsy due to the pig grunts heard, at the same time, players speak that it also features the Chainsaw Killer due to the existence of the dagger. 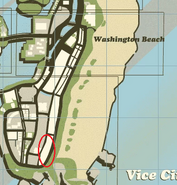