This article or section contains content that may be inappropriate. Discretion is advised.
Easter Egg

Adult Humor has been included in every Grand Theft Auto game, usually in the form of obscene Easter eggs. 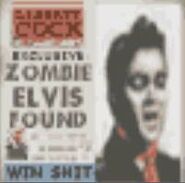 One of the statues looking away.

"TASTE THE COCK" written on the back of his uniform.

The photo of Candy Suxxx in GTA San Andreas.

The Ballad Of Gay Tony

A sandcastle that looks like a penis with testicles.